Dumbbells vs Smith machine: Which should you use for lifting? 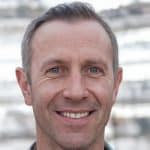 Maybe your "gym" doesn't have free weight barbells, and you're wondering whether dumbbells or a Smith machine is the superior choice?

Or perhaps you're investing in some home gym equipment (great move), and you're curious which offers the most bang for your buck?

Either way, I've got you covered. After various injuries caused me to move away from barbells, I've been using Smith machines and dumbells in my training almost exclusively for the past few months. And depending on the scenario, I definitely have my favourite…

Watching a novice lifter perform dumbbell chest presses for the first time is like watching a baby elephant trying to walk. You see, dumbbells have much higher stability requirements than Smith machines because they can move in all directions.

Smith machines, on the other hand, can only move up and down. They can't move forwards and backwards (in most cases), and they most certainly can't tilt from side to side. For this reason, dumbells have a much steeper learning curve than Smith machines, and indeed barbells.

So, if you're new to the gym and want to get on with building muscle rather than spending countless hours on technique work, the Smith machine is the superior choice.

Muscle stimulation, or EMG activation to be scientific, is a bit of a buzzword at the moment. People seem to believe that the more "active" a muscle is, the more tangible growth you'll receive. However, this is [yet another] case where the theory and practice don't quite line up.

For example, if I flex my biceps as hard as I can, I'm going to register pretty high levels of muscle activation. But will I build any actual size doing that?

And that's where the issue lies. So even though research from the Journal of Sports Science shows that dumbells greater require stability, and also yield greater bicep activation during shoulder presses, they don't necessarily build more size than barbells or Smith machines [1].

In fact, the same study found higher triceps activity (again, during the shoulder press) when using a Smith machine vs dumbbells.

And if anything, machines probably stimulate the most muscle because you don't have to stabilise the weight. You can focus all of your attention on pumping up the target muscle(s).

Even though Smith machines encourage you to use both sides of your body equally, it's still possible for your stronger side to take over.

But with dumbbells, you're forced to use both sides of your body equally to lift the weight. So if building a truly balanced physique is important to you, then dumbbells are definitely the smarter choice.

Strength is tough to define because certain feats of strength require different proficiencies. For example, just because you can bench press 140kg doesn't mean you'll be able to flip tires like a strongman.

That said, aside from genetic factors, strength usually comes down to muscle size. So the bigger you can grow your muscles, the more strength you'll have.

And since dumbbells tend to transfer better to real-world scenarios, I reckon they're a bit better for strength development than Smith machines. But I'm willing to let science prove me wrong [2].

Since I mostly train alone, investing in a quality Smith machine was a no-brainer for me. In fact, over the past 2 years, I've already recuperated my costs since I no longer have a gym membership or a car with an insatiable appetite for petrol.

However, if you're on a budget, you'll want to choose a good set of dumbbells over a Smith machine because they're generally about half the price.

Ok this one's easy. Despite mimicking virtually every barbell exercise in existence, Smith machines are still less versatile than dumbbells because you're forced into a fixed range of motion. Which by the way, isn't necessarily a bad thing if muscle growth is your primary goal.

But as far as exercise variety goes, yes, dumbells are the clear winner. You can do hundreds of exercises with even a modest amount of imaginative power. This is great if you quickly get bored with training or like to change up your routine regularly.

Compared to barbells, Smith machines are ultra-convenient because you don't have to bend down and awkwardly hold the barbell while you slide the plates on the sleeves (which can be a nightmare when you're setting up for deadlifts). See my Smith machine vs power rack post for more info on that and the key differences between them.

Anyway, dumbells are also more convenient because you just grab a pair and lift. However, suppose you buy spinlock dumbbells or something similar. In that case, it isn't as simple as "grab a pair and press" because you'll need to change the weight as you fatigue and as you switch between exercises.

So based on that, I don't think one is more convenient than the other.

As much as I love Smith machines, I can't deny the muscle-building prowess of dumbells. They're accessible and affordable for most people, they offer countless exercise possibilities and they're pretty safe too (providing that you put in the effort to learn the proper form).

However, things change when you train alone. As good as dumbbells are, nothing beats having your own personal spotter for those heavys sets where you really want to test your strength. They say peace of mind is priceless. And for me, that saying rings true because I can aim for new personal bests in complete confidence—I know that I won't drop a barbell (or) dumbbells on my face.

So that marks the end of my dumbbells vs Smith machine comparison. Whichever you go for, you'll have a fantastic workout (especially if you train at home) because they're two of the most useful pieces of strength equipment ever made.

Henry Wilson
I'm an experienced research assistant who's responsible for the scientific accuracy of the information provided by Smith Machine UK. When I'm not analysing the latest studies from the Journal of Strength and Conditioning Research and advising university physiology departments, you'll find me cycling in the great British countryside.