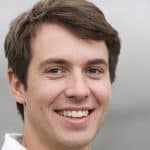 Did you know that out of all the Smith machine glute exercises, the kneeling squat produces the highest gluteus maximus activation?

However, as we know, a high EMG reading doesn't necessarily equate with high levels of tangible muscle growth. In fact, I'm willing to bet that I could perform weightless glute squeezes and elicit exceptionally high levels of muscle activation. But would I build any appreciable muscle mass doing that?

And although they produce a phenomenal glute pump, I think this high-activation-low-muscle-growth scenario is a very probably outcome of doing glute exercises, such as keeling squats and hip thrusts, that emphasise the peak contraction rather than the stretch.

How to do kneeling squats on the Smith machine

Here's how to master the Smith machine kneeling squat form:

Whether you're doing the kneeling squat Smith machine style or using a barbell, it's best to train with high reps to compensate for this exercise's relatively short range of motion (ROM). While lower reps can work if you've developed a strong gluteal mind-muscle connection, your knee joints are unlikely to be able to keep up with your posterior chain.

Plus, if you follow best-practises, then you're probably already doing squats and hip thrusts for your heavy glute work. So I recommend using the kneeling squat as a finisher, to increase metabolic stress.

Keep your spine in neutral

If you round your lower back during Smith machine knee squats, then you essentially turn the movement into a kneeling good morning. Not only does spinal rounding defeat the point of the exercise by completely reversing the resistance curve, but it also places an incredible amount of stress on your spinal erectors. Always stay safe by keeping your spine in neutral.

I'm sure that you've heard this glute training advice a thousand times. However, it bears repeating, because some people just don't get it.

Not only should you squeeze your glutes as you lock out the weight, but you should also lower the bar by using your glutes (which is to say you should focus on flexing at the hips, rather than merely squatting up and down via the path of least resistance). [1]

"Notice how I'm using a pad under my knees. If I didn't, it would probably tear them up."
Ashley Barron
Personal Trainer & Life Coach

Unless your tibialis and patella are made from iron, then you need a thick balance pad for kneeling squats.

If you're already part of the hip thrust movement, then you might already have one of these pads. They're a bit clunky, but in my experience, they provide much more reliable protection than standard squat sponges.

I've never seen anyone do kneeling squats while wearing a hip circle, but maybe I could be a trendsetter?

Anway, accolades aside, I've got a ton of mileage out of my Sling Shot Hip Circle By Mark Bell.

I've tried some knock-off hip circles before (sorry, Mark), and they just couldn't stand up to regular use. They'd invariably snap after around 6 months. And as much as I wish the damage was due to by strong glutes, I'm pretty sure that the cheap materials were the cause for breakage.

I should've just gone with the Mark Bell Hip Circle from day one. After all, you'd think that I'd have realised that a hip circle created by a world champion powerlifter is stronger than one created by a no-name brand...

Since my glutes are already reasonably developed, I don't do too many kneeling squats these days. Plus, I think hip thrusts and squat variations are much better for adding mass.

Anyway, my wife still does them, and she has high praise for the Advanced Squat Pad, which ensures that her glutes are the limiting factor—not the pain in her traps.

As we've established, performing Smith machine squats on your knees creates one heck of a glute pump. I don't know about you, but I'd be interested to see how much more glute activation we could eke out of kneeling squats by wearing a hip circle. [2]

I'm pretty sure that you'd have to lighten the weight. But considering that we mostly do kneeling squats for the pump anyway—and considering that hip abduction increases glute activation—I think that we'd be onto a winner (at least as far as EMG readings go).

Kneeling squats activate the quads to a much lesser degree than traditional squats. Of course, this is great for building the glutes, and it's one reason why you see a lot of women performing kneeling squats (which is to say many ladies want a pair of round glutes but without the bulky thighs that the likes of heavy squatting would provide as part of their "big glutes package deal").

The spinal erectors contract isometrically during kneeling squats to prevent your lower back from rounding. Just don't make the mistake that a lot of people are guilty of during deadlifts—there's no need to hyperextend your lower back as you lock out your hips. If anything, you want to do the opposite—posteriorly tilt your pelvis.

Performing a hip thrust on the Smith machine is a brilliant, time-saving way to build your glutes. Not only does the Smith machine make it easy to maintain a consistent thrusting rhythm, but the setup is also ridiculously efficient. This ease of setup definitely makes you more motivated to train if you hate loading up barbells as much as I do.

Smith machine glute bridges offer an even quicker setup than the hip thrust. And while they do provide a great glute pump, I much prefer hip thrusts because of the extra ROM.

Smith machine donkey kicks are one of the best exercises for sculpting symmetrical glutes. But admittedly, if you do these as a bloke, then you might get a few weird looks. Or, depending on what kind of gym you go to—maybe even a few "solicitations".

Since I train at home, I can do kickbacks with no repercussions. And remember, people thought the hip thrust was weird at one point. But today, hip-thrusting is commonplace in many gyms. Now, that said, you could probably avoid 90% of dirty looks by just using the kickback machine, which does exactly the same thing [3].

Overall, performing the kneeling squat Smith machine style is probably safer than doing it with a barbell. Either way, your glutes will be on fire after a few sets, so enjoy!

James Jackson
I'm a former academy rugby union player who specialises in strength and conditioning for competitive athletes. I split my time between coaching the next generation of British talent and creating hands-on gym equipment case studies at Smith Machine UK.